Green roof initiatives are taking foot in many cities around the world, as efforts to stem the effects of climate change rise to global prominence. 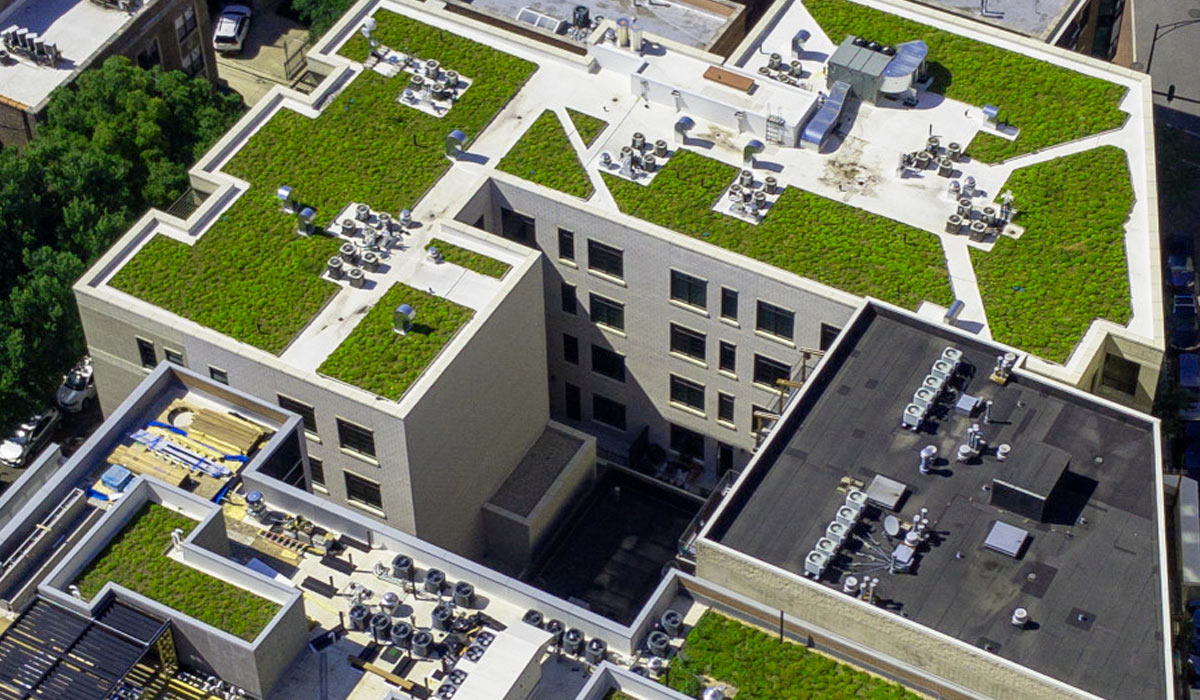 As more urban development turns toward the eco-conscious, cities worldwide have begun to implement measures requiring both new and existing buildings to work green roofs into their blueprints.

Similar measures are being pushed forward in cities nationwide, notably in Cambridge, Massachusetts, where a petition had been brought to the city clerk for a vote on the council’s agenda in early 2021. It proposes, in part, “To promote environmentally sustainable and energy-efficient design and development practices in new construction and renovation of buildings in the city [and] encourage the incorporation of specific design features that will improve the sustainability and energy-efficiency of buildings.”

As is the case in most major American cities, buildings and construction are currently responsible for more than a third of Cambridge’s carbon emissions, a figure which has not been actively addressed to date. This proposal would require new and existing buildings of more than 20,000 square feet to incorporate vegetative and/or bio-solar components on rooftops, an effort which will help cool heat islands by providing an added layer of insulation and increase energy efficiency.

Additionally, the inclusion of native plants is designed to supply urban habitats for pollinators—a feature currently lacking in many city environments. Vegetable gardens, as well, have been proposed as a method of addressing the issue of food insecurity, providing additional social, nutritional, and economic benefits.

Green roof initiatives are not limited to the domestic front. The United Kingdom has also jumped on the bandwagon, pledging to build 300,000 new energy-efficient homes each year to reduce the urban heat island effect, a phenomenon that causes urban areas to be significantly warmer than their surrounding rural counterparts, particularly during the evening hours.

While the U.K. has implemented a variety of green cover in the form of trees, grassland and green roofs, the former have been found most effective in reducing temperature spikes, while providing shade to surfaces and positively influencing the aerodynamic mixing of air in the atmosphere.

Other nations have taken similarly unique approaches to green roof construction. Where the American model largely consists of ice cube-like trays sandwiched between layers of plastic sheeting and synthetic fibrous mats, topped with an engineered growing medium and pre-grown sedum carpet, models such as one widely championed in Switzerland utilize a simple layer of straw or China reed, topped with native soil from the site (sometimes mixed with lava rock or gravel), and planted with a wildflower seed mixture.

The main driver is biodiversity, designed to create a lasting ecology by providing habitats for native plants, birds, and other wildlife that will make it thrive indefinitely. By attempting to recreate a previously existing habitat through integration, the Swiss model typically employs technologies that will enable roofs to develop their own respective ecosystems over time. Patience is key, as seeds are planted to determine what will flourish; instant gratification is not the goal, nor is energy savings the primary objective.

Regardless of the motivation or methods utilized, green roof development is widely becoming a necessity in cities around the world, as urban councils recognize the numerous benefits they bring to the landscape. While the initial costs associated with implementing these changes are substantial, the subsequent savings—both economically and environmentally—are priceless.