The recent passage of the Climate Mobilization Act has set in motion a wave of eco-friendly initiatives designed to reduce New York City's carbon footprint by incentivizing the widespread implementation of green roofs. 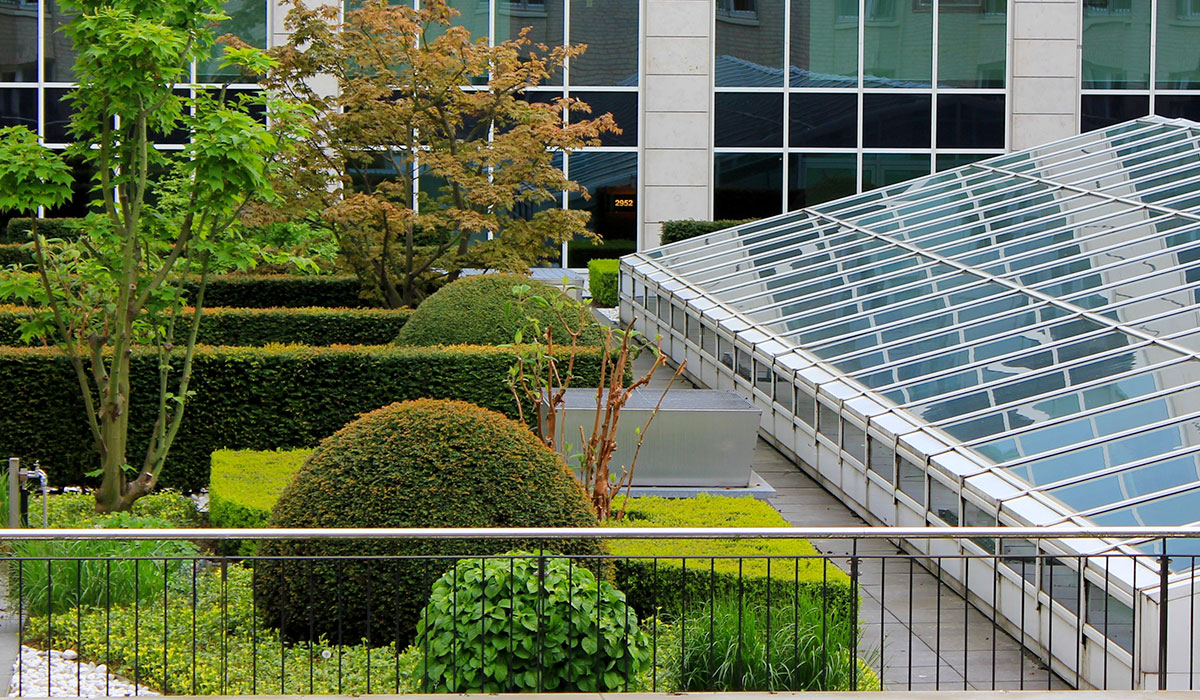 New York City is leading the charge when it comes to efforts to combat the growing issue of climate change, as evidenced by the recent passage of the Climate Mobilization Act by the NYC Council.

This progressive suite of legislation, highlighted by Local Law 97, squarely targets the development of clean energy infrastructure, greenhouse gas reduction, and widespread improvements to ecosystem services through the implementation of green roofs citywide.

Among the provisions of the law: full transparency regarding the installation of green roof systems, requiring the Office of Alternative Energy to post regular updates and corresponding links to related materials; mandatory inclusion of a “sustainable roofing zone” in all new construction, as well as any buildings undergoing major renovations; evaluation of smaller buildings (five stories or less) by the Department of Housing Preservation and Development to assess the the impact of green roof compliance versus affordability; establishment of the Property Assessed Clean Energy (PACE) program, a voluntary financing mechanism designed to enable renewable energy projects to receive long-term financing for little or no money down over a 20-year amortization period; and a green roof tax abatement resolution/amendment, authorizing the creation of a two-tier tax abatement structure.

Under this legislation, the minimum requirement for a green roof is defined as "a waterproofing membrane, a root barrier, a drainage layer, filter fabric, a growing media with a minimum depth of two inches, and a vegetation layer with at least 80% coverage." Though a relatively new initiative, the financial reimbursement aspects of the law are intended to supplement the existing New York City Department of Environmental Protection Green Infrastructure Grant Program, which has benefited projects ranging from the Brooklyn Navy Yard to Queens College to date.

Local Law 97, the centerpiece of the Climate Mobilization Act, is poised to completely restructure building emissions in New York City, beginning in 2024 when the majority of the regulations are set to take effect.

Buildings greater than 25,000 square feet will be required to comply with carbon emissions caps through renewable energy credits and/or emissions offsets, while those falling under the jurisdiction of affordable housing, hospitals, and certain healthcare facilities will be able to choose from a spectrum of lower-cost, energy-saving measures. These specs take in about 50,000 buildings within the five boroughs; broken down, about 59% residential and 41% commercial properties. While residential real estate accounts for higher square footage, commercial buildings tend to have more complex systems, potentially necessitating a comprehensive retrofit by 2030.

Projections call for 26 percent of carbon emissions to be eliminated through these climate mobilization efforts, equivalent to the total emissions generated by the city of San Francisco, California. Widely cited as the most ambitious climate legislation enacted by any city in the world, if effective, it paves the path to reduce overall carbon emissions by 80 percent by 2050, with buildings representing nearly 70 percent of this total.

What criteria determines if a property is subject to this new legislation? Typically, those which fall under the jurisdiction of the New York City Benchmarking Law, originally enacted in 2009 to require annual energy and water use reporting, would also be asked to comply with the regulations regarding emissions put forth by Local Law 97. While emissions regulations can vary greatly based on a building’s square footage, occupancy, and a host of other custom factors, the formula by which they are calculated remains standardized across the board, with a specified factor being applied to each energy source—natural gas, electricity, fuel oil, district steam—and its associated carbon pollution.

While these sources directly correlate to energy use, carbon emissions are almost exclusively generated from the burning of fossil fuels. Buildings may, in some cases, offset their carbon reductions through the purchase of energy generated by renewable resources, an initiative which will be further studied and developed to effectively implement carbon trading between buildings in the future.

Those requiring a comprehensive retrofit are expected to generate anywhere from $16.6 to $24.3 billion in marketing opportunities by 2030, costs which may be able to be incorporated into capital investments already planned. The potential exists to create 15,000 jobs by 2024, with another 126,000 positions by 2030, including architects, engineers, sustainability consultants, building tradespeople, and HVAC professionals.

American Organic Energy and Long Island Compost are poised to play a pivotal role in facilitating the implementation of green roofs citywide, as they work to design these ecological oases and develop corresponding custom soil blends, all with an eye on helping to create a more sustainable, energy efficient environment within the urban landscape.

Learn more about this initiative today.