Shooting a round of golf has never felt greener, as courses are increasingly turning to renewables to revitalize lush greens and fairways.

With superintendents' eyes and resources focused squarely on the upcoming crush of golf enthusiasts hitting the links this summer, there’s no better time than the present to ensure courses are properly maintained while keeping a watchful eye toward sustainability.

Just like today’s golf greats making a dramatic push heading into the back nine, composting is making its dramatic seasonal comeback, too, and it’s not just suburban lawns receiving the all-natural treatment.

Topdressing with compost is undergoing something of a revolution as an alternative to ubiquitous non-organic fertilizers to help maintain busy greens and municipal spaces. Whether it’s restoring dry spots, replacing divots, or reducing irrigation, compost has been found to improve soil health without an over-reliance on fertilizers.

Course managers know better than anyone that spring is perhaps the best time of year to restore a 9- or 18-hole course ahead of the busy summer season. So, what’s the deal with compost topdressing, anyway?

Researchers at Ohio State studied the benefits of topdressing with compost and found “clipping yields, color and foliar-nitrogen concentrations were all positively affected for up to 50 days after topdressing with a locally available composted sewage sludge.”

Also noteworthy, the Ohio State study supports other research highlighting how certain types of compost boasts qualities that suppress diseases and improve soil quality, not to mention its environmental benefits.

For the uninitiated, compost topdressing is the process by which compost (a waste stream) is layered on top of an existing surface. Sure, that sounds a lot like fertilizer’s main function, but there’s a notable difference: Topdressing with compost is known to improve soil structure and overall plant health.

Compost is used on almost all types of surfaces: lawns, parks and sports fields. But golf courses are inherently prone to soil and grass degradation during the summer months, due to a range of factors, including constant foot traffic, damage caused by golf clubs and balls, and abuse from golf carts, for those courses that allow them.

While divots are a common casualty of the game, and thus unavoidable, there’s still plenty course managers can do to ensure greens remain fresh. Compost can make life a little easier for superintendents, that’s fore sure. (See what we did there!?)

According to the Ohio State study, there was a period when topdressing with compost was a popular method, but it became less so in the early 20th century because “they were highly variable in their chemical, physical and microbiological characteristics.”

The researchers cautioned that the same problem may still exist, but only if you’re not using properly engineered compost. There are, however, compost producers that utilize a process that takes into account everything from drainage and biodiversity to environmental factors.

When applied correctly, compost can provide plants with the necessary nutrients they need, improve soil fertility, and can potentially prevent turf diseases, according to the analysis.

Golf course superintendents and managers considering using compost should keep their goals in mind, researchers said, noting that doing so “will lead to good decisions about product selection, application and timing, and help you fine-tune your program as you gain more experience with compost.”

Although it may sound rather obvious, the university’s researchers state that the first step is to select the right product. Choosing a less effective product can mean roots will grow at a slower pace, for example. One way to ensure you’re getting the best compost is by researching composting facilities and inquiring about their engineering processes.

Charles Vigliotti, CEO of Long Island Compost and American Organic Energy—purveyors of high-quality engineered soil and fertilizer, respectively—explains: “The chemistry behind our engineered soils is a complex process that requires an understanding of the proposed application, environmental factors, biodiversity, drainage and more.”

The Ohio State research team recommends asking your supplier to provide an analysis of the compost, before delivery.

“Hesitation on the part of the producer to divulge this information should cause you to reconsider working with them,” they state. “This shows why it's important to develop a good relationship with local compost producers.”

Mark Hoban, the superintendent at Rivermont Golf Course in Georgia, has vast experience with using compost to improve his greens. The practice has significantly reduced nitrogen on his course, and he only had to apply fungicide twice last year. He was therefore able to divert resources elsewhere. Plus, he adds, there’s the added cost benefits.

“I just know I have lowered fertilizer and pesticide costs, although I don’t know how much,” he told Superintendent Magazine. “I get to spend that money on tees and fairways and greens.”

Hoban also noted that “dead spots” were reduced in areas where his compost mixture was applied.

Vigliotti’s Long Island Compost has been engineering this natural product for years. The company was first created 30 years ago, and is now the largest yard-waste drop-off facility in the nation.

Production is expected to increase upon completion of American Organic Energy’s highly praised anaerobic digester. Its state-of-the-art anaerobic digestion process is considered a "game-changer" for the region, as it will transform more than 200,000 tons of organic waste into renewable energy, including natural gas, electricity, and fertilizer.

You can read more about topdressing golf courses here. 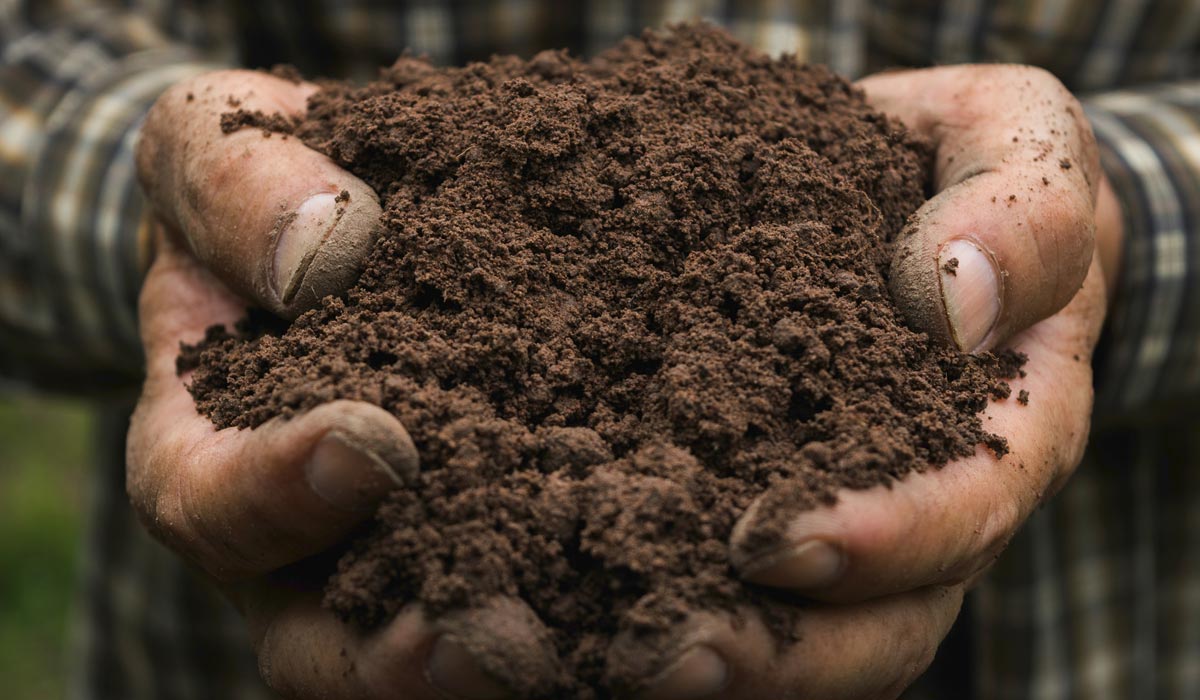