American Organic Energy President and CEO Charles Vigliotti recently sat down to discuss the latest developments in the company's plan to break ground on a cutting-edge anaerobic digester by year's end. 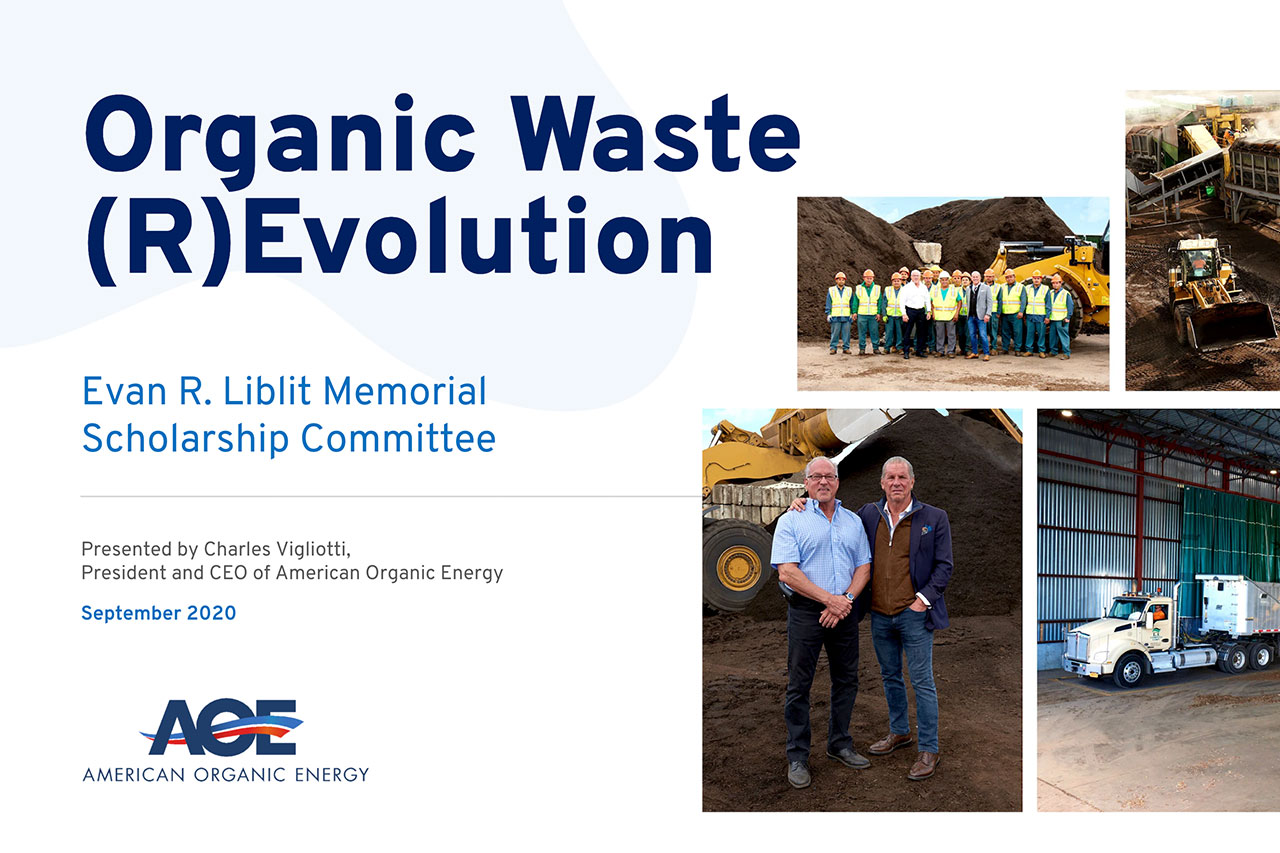 The six-part webinar series focuses on a selection of environmental issues impacting Long Island, with this episode centered on the management of organic waste, particularly the significant ramifications it brings to both the local economy and surrounding environment. According to Vigliotti, this cutting-edge innovation is poised to be “nothing less than the most sophisticated food waste processing facility in the country.” Set to be constructed on the grounds of AOE’s 62-acre Yaphank yard, the digester will be permitted to receive up to 180,000 tons of organic food waste and equipped to handle up to 30,000 tons of FOG (fats, oils and greases), spearheading a fundamental change in how the New York metropolitan region handles such organic excess.

Cleaning Up the Process

The current waste management process—branded as “inefficient, costly, and dirty” by Vigliotti due to its large carbon footprint and sizable contribution to greenhouse gases—will be upended in favor of one far more cost-effective, clean, and manageable.

By picking up organic waste from facilities such as restaurants, catering halls, hospitals and schools in the region and subsequently offloading it into a recessed pit beneath the digester, a substantial amount of excess food that would have otherwise been exported via flatbeds to destinations thousands of miles away can, in effect, be retained locally.

As the organic waste is repurposed within this state-of-the-art 21st century facility, it will be systematically cleansed, with residual materials—such as plastic bags, cans, cutlery and broken plates—separated, removed, and recycled where possible.

The remaining organic matter will be blended into a "slurry"—a combination of methane gas, which will be captured and used to power the plant itself in the form of electricity, as well as converted into vehicle fuel for subsequent transports; liquids, which will be purified; and solids, to will be screened and composted for use in Long Island Compost soil products.

This transformation into renewable energy and fertilizer is estimated to reduce 40,000 tons of greenhouse gas emissions yearly, resulting in a substantially condensed carbon footprint for the region, while also promoting economic and environmental independence.

"With over 3 million people on Long Island, generating sufficient commercial food waste will not be a problem."

Of course, such an innovation could not come to fruition without the cooperative efforts of a wide consortium of stakeholders, ranging from local municipalities and government agencies, consumers and businesses to members of the engineering community, environmental advocates, and fellow waste management companies.

Spurred primarily by the grassroots efforts of local environmentalists, support has poured in from players within the Town of Brookhaven and the New York State Department of Environmental Conservation (DEC), whose efforts worked to create a framework for the design of the digester.

Coupled with the scientific expertise of world-class engineers and the inside knowledge of those in the waste management industry, AOE’s anaerobic digester project has become highly regarded for its efforts to mitigate any perceived negative impact to the surrounding community.

When questioned where such a huge quantity of organic excess will come from, Vigliotti assures: "With over 3 million people on Long Island, generating sufficient commercial food waste will not be a problem."

AOE is firmly contracted to receive two-thirds of its inflow from sources in Queens and Long Island, with the remaining third tentatively reserved for a potential food waste diversion system, stemming from ongoing discussions with the Town of Brookhaven.

If all goes according to plan, the anaerobic digester will be equipped to “go live” by the end of 2021, when it will have the opportunity to establish itself as a “game changer for the region.”