One way to convert organic waste into renewable energy is through anaerobic digestion. One company doing just that is American Organic Energy. 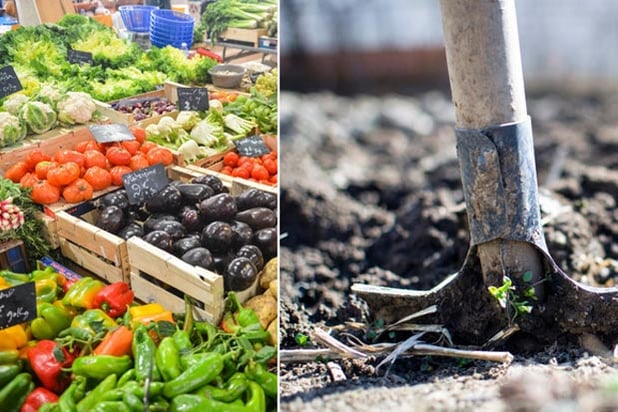 When it comes to food and the sheer volume discarded annually, the United States reportedly ranks as one of the largest organic waste generators in the world.

Each year, the United States discards up to 60 million tons of produce, according to a recent estimate. Businesses in New York City alone send about 650,000 tons of food waste annually to nearby landfills—a staggering and extraordinary amount of organic material that the city is aggressively trying to manage.

This rotting produce is transforming landfills into sordid mountains of festering waste comprised of you-name-it: apple cores, corncobs, bread and other grains, egg shells, coffee grounds and countless other scraps that typically get tossed away in household garbage bins.

Worldwide, almost a third of all food is “spoiled or squandered,” according to the Food and Agriculture Organization of the United Nations, which for years has raised the issue of food waste and its environmental dangers. And of course, there’s the more pressing need of ensuring there’s enough food to feed the more than 700 million malnourished people around the world.

Though there's no singularly definitive tally of how much food is wasted per country, per year, yet, global research organization World Resources Institute and The Food Loss & Waste Protocol are just two groups advocating for more accuracy and a more thorough accounting of such a critical issue. As the aforementioned statistics do show, the sheer volume is astonishing.

Considering the scale of the problem, it’s difficult to expect a demonstrable decline in food waste in the near future. And while New York City is in the midst of expanding its commercial and residential food waste disposal program, most municipalities haven’t even begun the process of diverting waste away from landfills. That’s not to say, however, that forward-thinking businesses and municipalities are sitting on their hands.

One way to convert such waste into renewable, safe energy is through a process known as anaerobic digestion. Instead of dumping the waste in landfills, scraps are diverted to organic waste sites and transformed into renewable energy.

One such company doing just that is Yaphank-based American Organic Energy (AOE), which New York Gov. Andrew Cuomo credited as a model for harnessing renewable energy. AOE will accept 180,000 tons per year of food waste, 30,000 tons of fats, oil, and greases, and an additional 10,000 tons of gas clippings.

Not only are anaerobic digesters credited with taking in organic waste that would otherwise rot and decompose in a landfill, these technological organic waste disposal facilities are considered viable producers of alternative energy. Waste can be converted into biogas and electricity, nutrient-rich water, compost, and fertilizer.

Charles Vigliotti, AOE’s chief executive, told The New York Times Magazine that the biogas produced at his facility could generate an astounding nearly 50 million kilowatt-hours of electricity per year.  This newly harnessed energy will help power his facility, can be sold to an electric company, and may also be used to fuel its fleet of trucks.

The U.S. consumes close to 20 million tons of commercial fertilizer each year, according to the U.S. Department of Agriculture. And through the last 30 years, nitrogen fertilizer use has increased at a faster rate than phosphate and potash. Anaerobic digestion can produce organic fertilizers that typically contain many plant nutrients.

Here’s how it works: After an anaerobic digester processes waste, what’s left is a material called digestate. In some parts of the world, that digestate is used to irrigate farm fields. In AOE’s case, the biogas company partnered with Scott’s Miracle-Gro to create high-nutrient water that eventually becomes organic nitrogen fertilizer. Organic fertilizers are also known to be slow-working, which decreases the chances of harming plants, unlike chemical-based fertilizers.

Even during a period in which governments and citizens alike are becoming more familiar with clean, renewable energy, it’s likely the notion of creating fuel to power trucks or entire facilities—or even water that can be used in organic fertilizer—would seem out of reach.

Not so, thanks to innovative companies such as American Organic Energy.

Next time you toss away that apple core, you might just stop to consider that the world still has use for it just yet.

Learn more about how American Organic Energy is transforming the region's organic waste to help safeguard our collective future HERE.