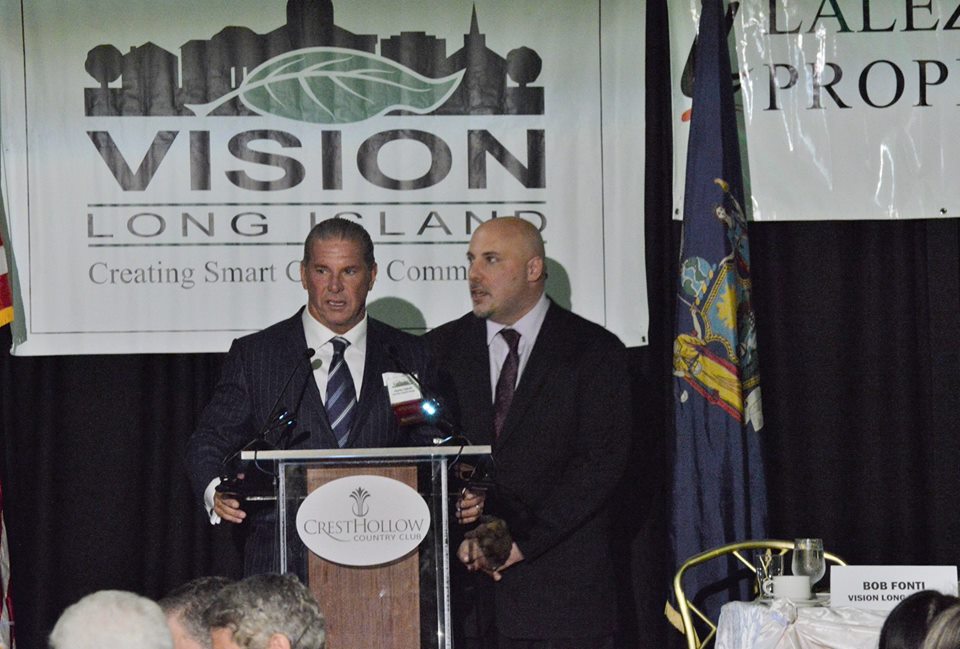 More than 800 elected officials, development leaders, and representatives of several chambers of commerce and civic associations were in attendance. In total, there were 12 award winners among a list of 46 nominees.

AOE’s recognition for its environmental leadership is especially significant considering the vast amount of organic waste that typically piles up in landfills, producing harmful greenhouse gas emissions. That AOE is in the process of constructing an anaerobic digester facility that will fundamentally transform how everything from discarded chicken bones and grass clippings are processed and converted to clean and renewable energy has caught the attention of environmental groups in the United States and across the globe, as well as top officials in New York State.

Once completed, American Organic Energy’s Yaphank-based, state-of-the-art anaerobic digester will process more than 200,000 tons of waste each year, including food, fats, oils and greases and grass clippings. In short, collection trucks will bypass landfills, and instead, deliver the refuse to AOE’s anaerobic digestion facility, where it’ll all be processed, leading to an estimated reduction of more than 40,000 tons of greenhouse gas emissions each year!

The digester will produce everything from high-nutrient water, fertilizer and enough biogas to fuel the company’s fleet of trucks.

How to manage food waste has increasingly become a point of concern for both governments and private entities. The Environmental Protection Agency (EPA) in 2016 published a report titled “America’s Food Waste Problem,” in which it stated approximately 31 percent of the country’s food supply is wasted. The EPA classified solid waste landfills as the third-largest source of human-related methane emissions.

Notably, the agency also stressed that: “Methane emissions from landfills represent a lost opportunity to capture and use a significant energy resource.”

Dubbed "The Compost King of New York" by The New York Times, American Organic Energy’s Charles Vigliotti—also the president and CEO of engineered soils manufacturer and distributor Long Island Compost—is certainly no stranger to accolades, either.

“In Mr. Vigliotti’s urban grid, what used to be a problem becomes an asset,” the academy declared. “An asset that provides businesses, hospitals, schools and homes with locally produced, reliable, clean energy. Mr. Vigliotti and [its sister company] Long Island Compost are demonstrating to America and to the world how to make something every city needs from something every city has.”